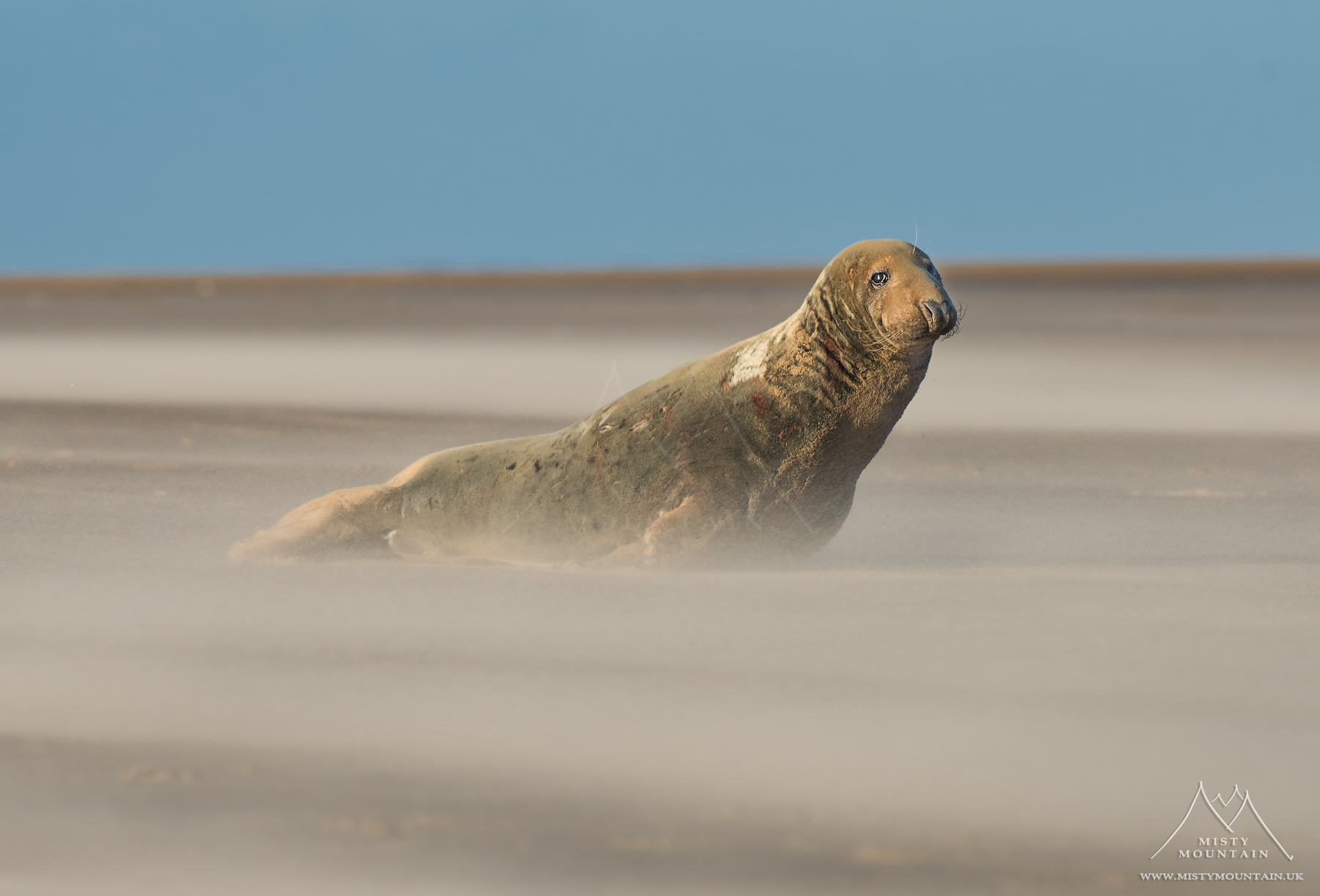 After another couple of weeks of generally poor weather here in Cumbria my free time has again been going through the enormous archive of shots which I never got around to edit properly! I have had a couple of runs out to try to see Comet Neowise C2020 F3 but with limited success, as the skies have been leaden grey and overcast in the main.

So I knew that - somewhere - I had a folder of images of grey seals taken about 4 years ago, so I searched and eventually found them lurking on a hard drive of military vehicles and aviation pictures!

Seals are a difficult animal to photograph - it is unwise to get close and they do spend a lot of their time doing nothing! I timed my visit to avoid the pupping season, and a handful of animals were found on the beach... sadly with the last couple of the season's pups lying abandoned. I had waited for a day when the forecast was sunny but breezy, in the hope the sand might be whipped up a little. I was lucky and got the conditions I wanted, but it was quite unpleasant trying to get down low to get the shots I wanted with a long telephoto while the sand was blowing into my face!

But I suppose that's what it's all about - it usually takes effort and a bit of hardship to make the most of an opportunity! 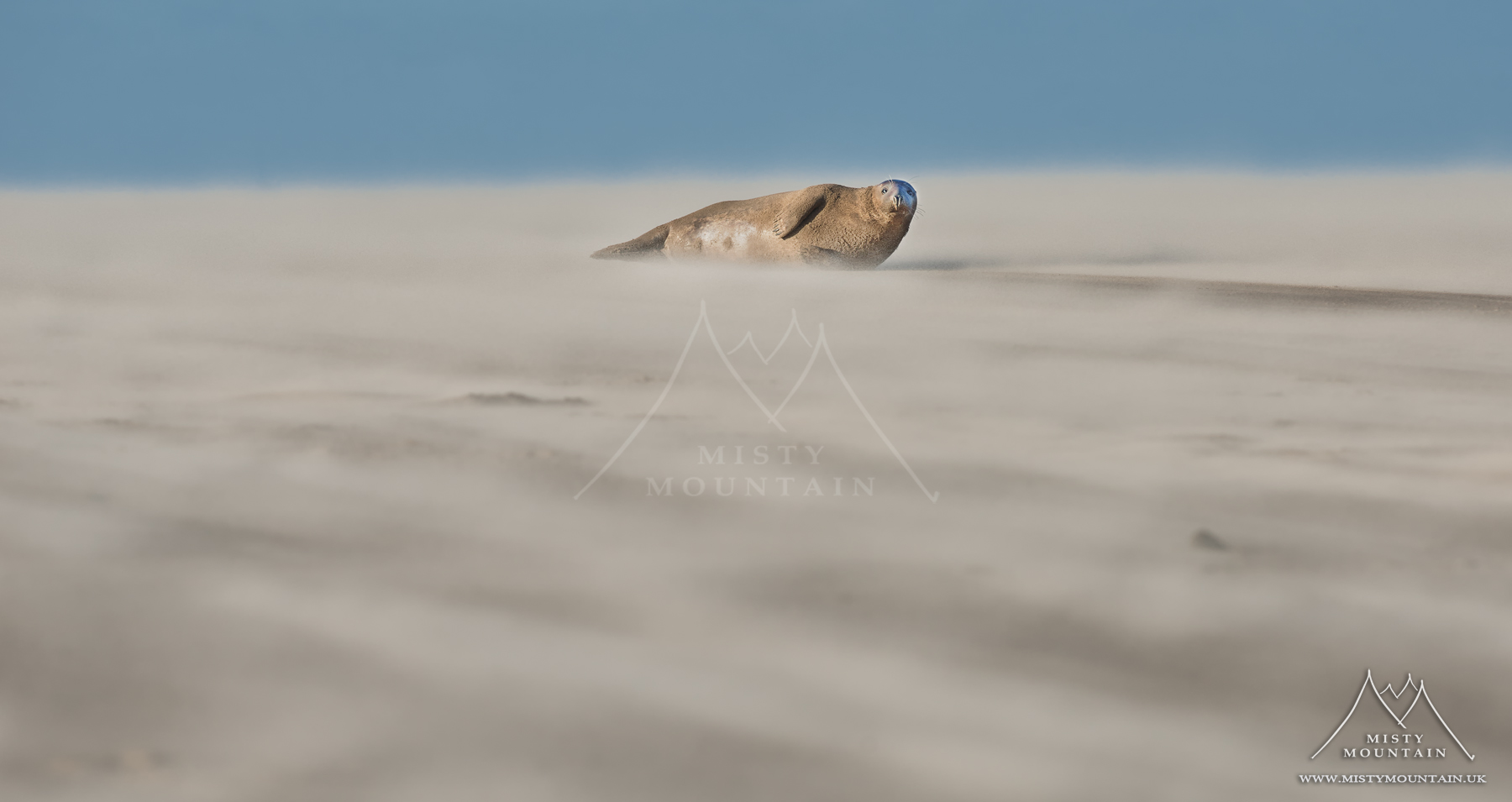 Grey Seal on a cloud of sand 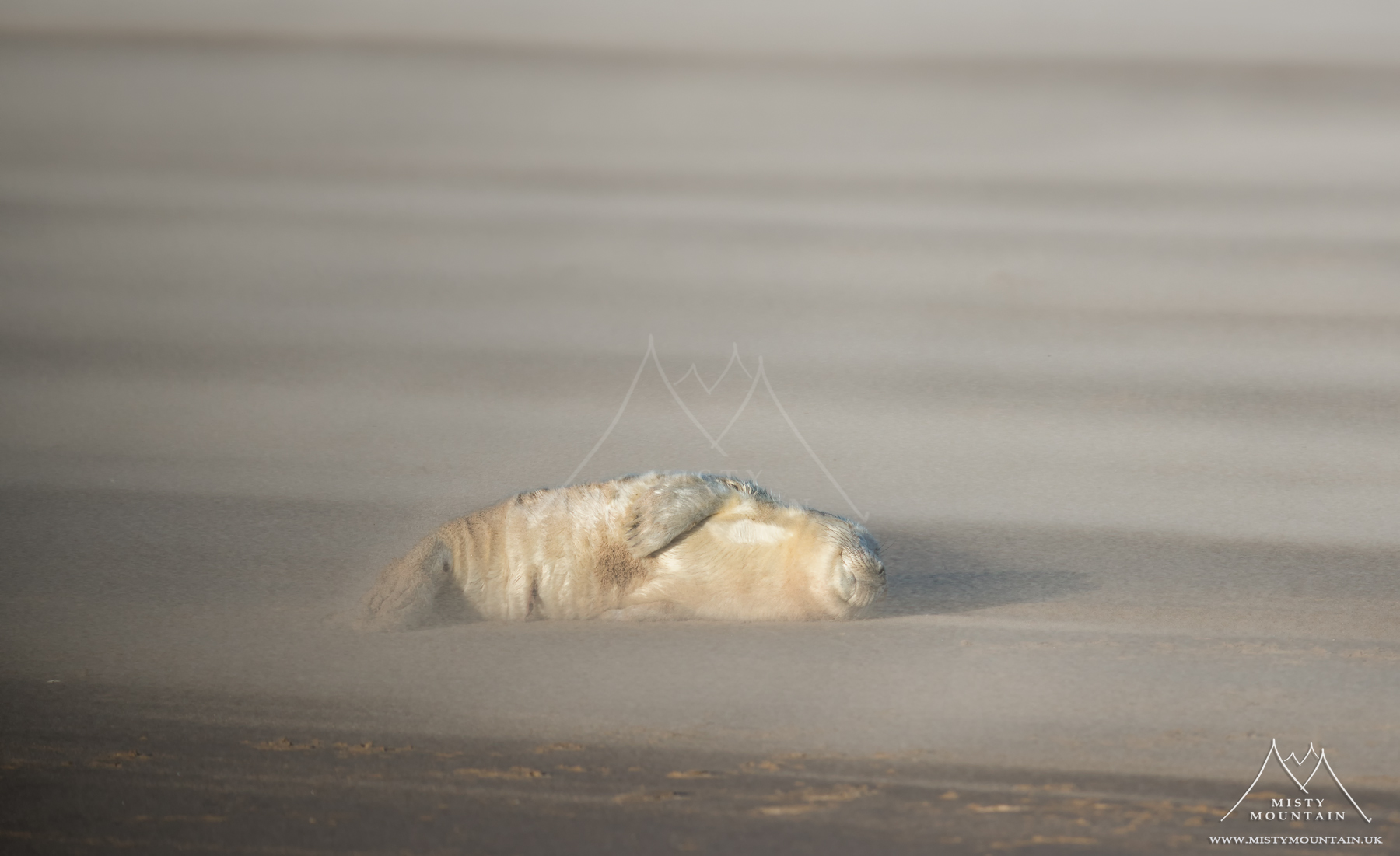